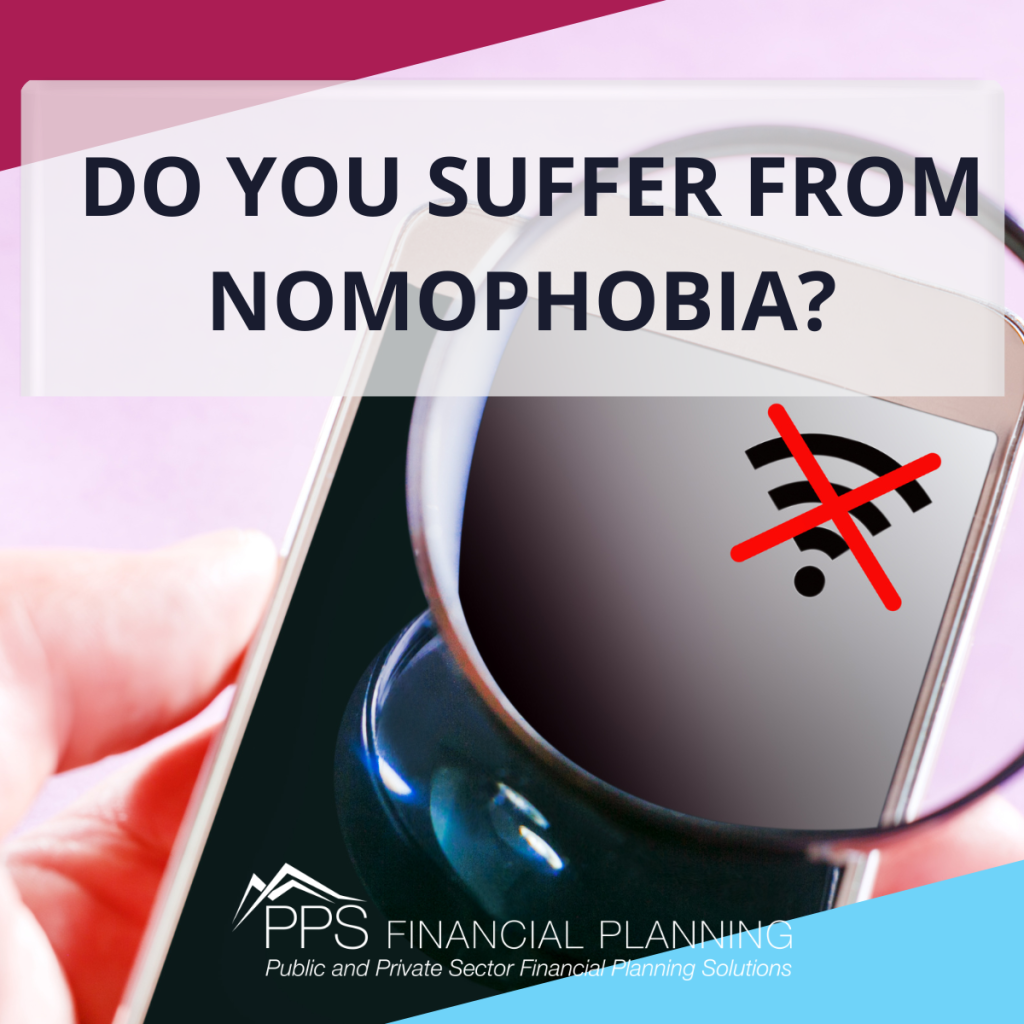 Do you suffer from Nomophobia?

What on earth is Nomophobia I hear you ask. Well, it’s an abbreviated version of the phrase “nomobile-phone phobia”, that describes a psychological condition when people have a fear of being detached from mobile phone connectivity! Let’s be honest here, we all know people who suffer from it, those people whose phone is simply an extension of their arm and hand – it never leaves them.

There was a study done by the UK Post Office back in 2008 which indicated that 53% of participants experienced nomophobia. The likelihood is that this figure has increased quite a lot since then with much more engaging apps available and wider connectivity. The question is, do you suffer from it yourself?

We believe it’s worth taking a step back and considering this question, as having your head stuck constantly in your phone is not good for you. Here are a few reasons why.

An example for your kids

One of the most common frictions between parents and their kids is around the kids being glued to their phones. Many parents are at the end of their tethers as they can’t see engagement of the kids in anything beyond Snapchat and TikTok.

What sort of an example though are you setting? If you’re always looking at your phone, younger children will think it’s ok and will simply mimic you. And it will pretty much blow your credibility out of the water with older kids when you are shouting at them to put down their phones.

The impact on social relationships

Let’s be honest, we’ve all surreptitiously pointed at “that family over there” in a restaurant who are silent and each just looking at their own phones with no interaction at all. We need to guard against this ourselves in many situations.

Having “No Screen Time” at home is really important. This is a great rule at mealtimes and to ensure family engagement at other times. For example, sitting down to watch a movie or a match together without phones is great. There’s nothing left but to discuss the plot line, the different characters or why your club really needs a new goalie! Just like we used to do in the old days… We’re not saying
“never” in relation to phones, we’re just setting out the case for moderation.

Yearning for the perfect lives of other people

Social media has definite benefits in terms of enabling you to stay in touch with people that otherwise you might drift from permanently. But it also has downsides, and one of the biggest ones is voyeuristically looking at the constant stream of social media posts from some people and their seemingly perfect lives.

While the true picture may be quite different, some people struggle with the inadequacy of their own life in comparison, even though you may actually be living a far happier and more fulfilled life. If you potentially fall into a category of being even mildly envious, focus on your own life and live it to the best that you can. Put away the phone and stop getting caught up in other people’s lives.

The impact on your sleep

It has been scientifically proven that the light emitted by a mobile phone plays havoc with our ability to sleep and our sleep patterns. It is recommended that if you want a good night’s sleep, put away your phone a minimum of one hour before you go to bed. And don’t look at it again until the morning.

There are better things to do

This is the most general, but probably the most important point. There are simply better things to do. Rather than mindlessly scrolling through social media streams or surfing the web on your phone, you’ll get far more enjoyment and health benefits from putting the phone down, putting on your coat and bringing the dog for a walk. And the dog will thank you for it too!

Is it time to switch off your phone?

Check out our Financial Services Tips: